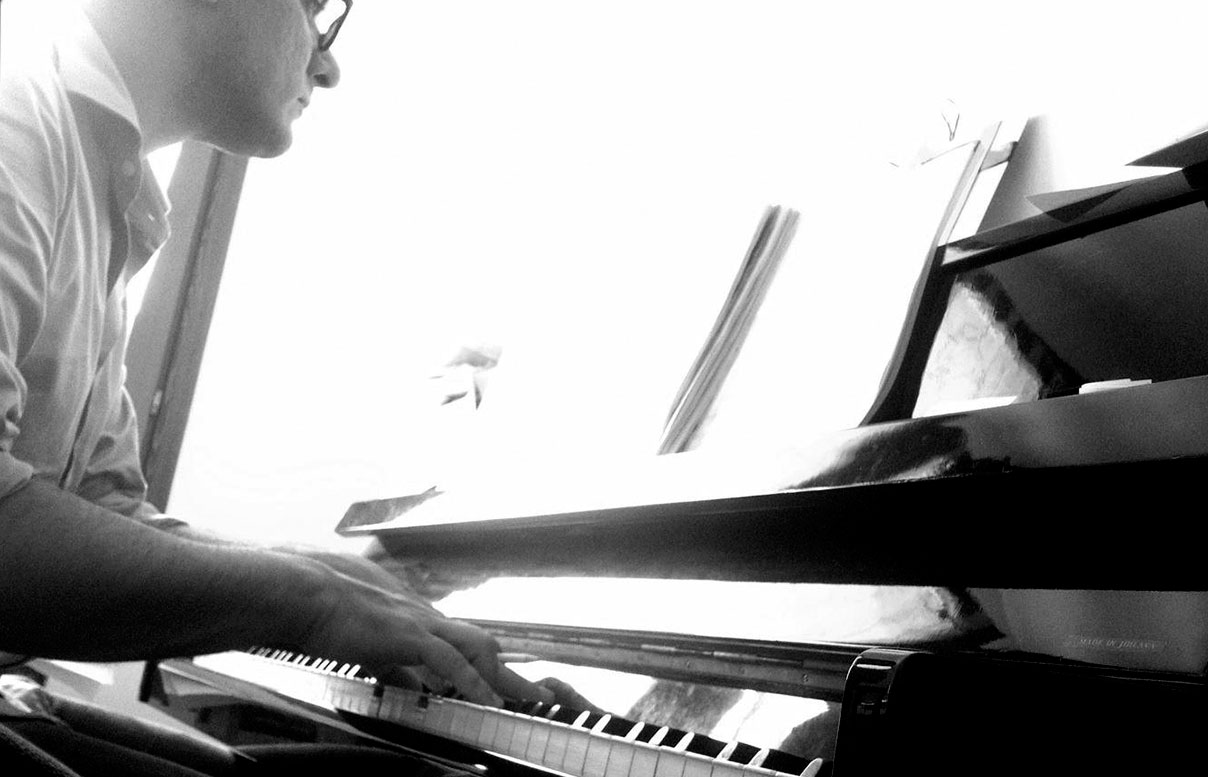 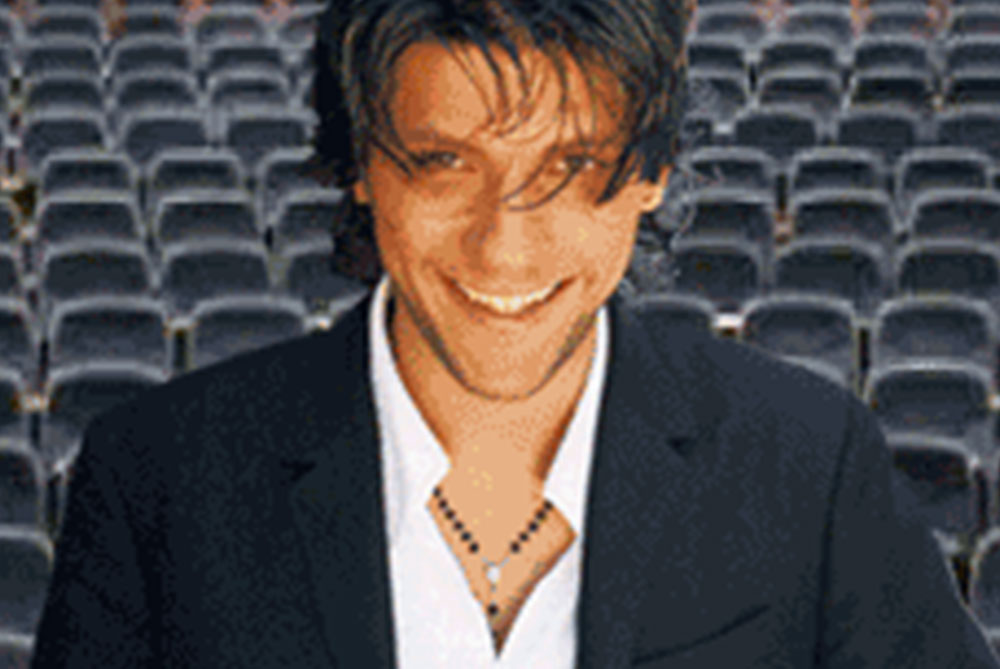 Daniele Martini is a composer born in Padua in 1977. His creative nature linked to singing, musical and theatrical writing appears from an early age. He starts at a young age to study music at the conservatory, but he stopped the study to spend all time for research and experimentation . Over the years he focused his training with teachers that show interest in his talent. 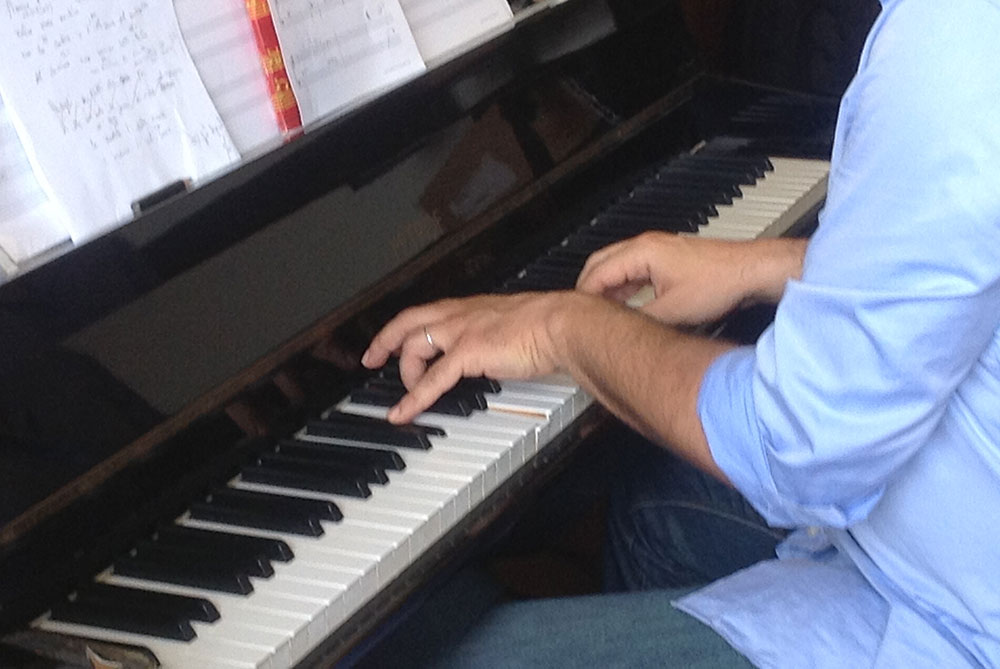 Daniele Martini focused on music composition in different fields, from rock to orchestral pop, from the song to the soundtrack. His talent has been enhanced by Massimo Varini , known guitarist of the Italian pop music scene that also becomes his music publisher. After various experiences, Daniel Martini, decided to devote himself completely to the modern opera writing , commedia musicale and teatro musicale. In this context, explored in his talent by the French stylist and the patron Pierre Cardin . 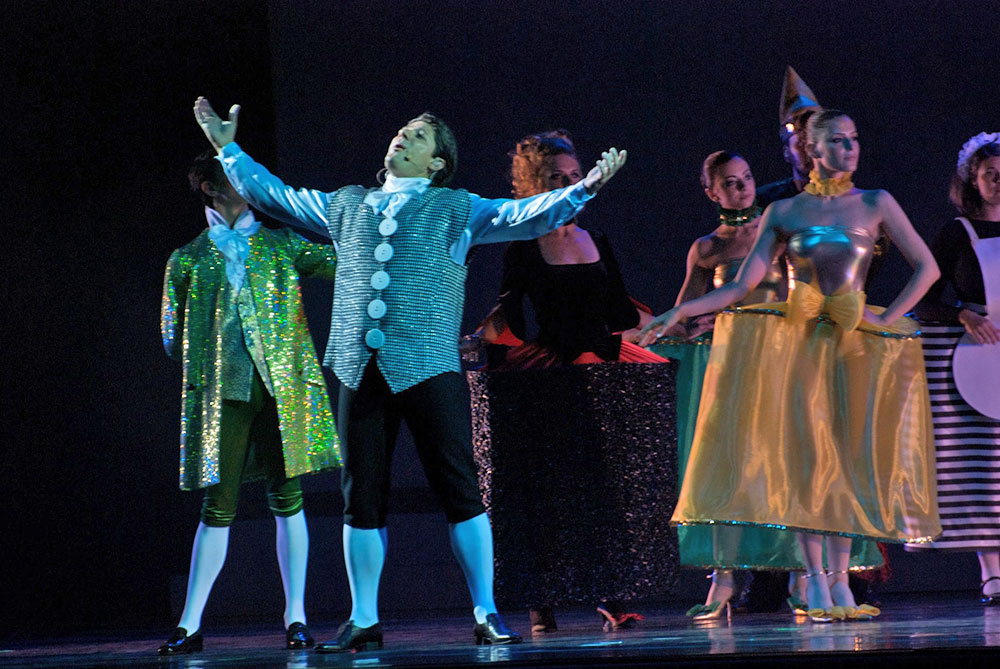 In 2010 Cardin produces the commedia musicale "Casanova, loves and deceits in Venice" written by Daniele Martini. The musical, after the world premiere in Piazza San Marco Venice, arrived in Greece (Athens Opera), France (Espace Pierre Cardin, Festival de Lacoste) and Moscow (Russia) in the Grand Theater of the State Kremlin. 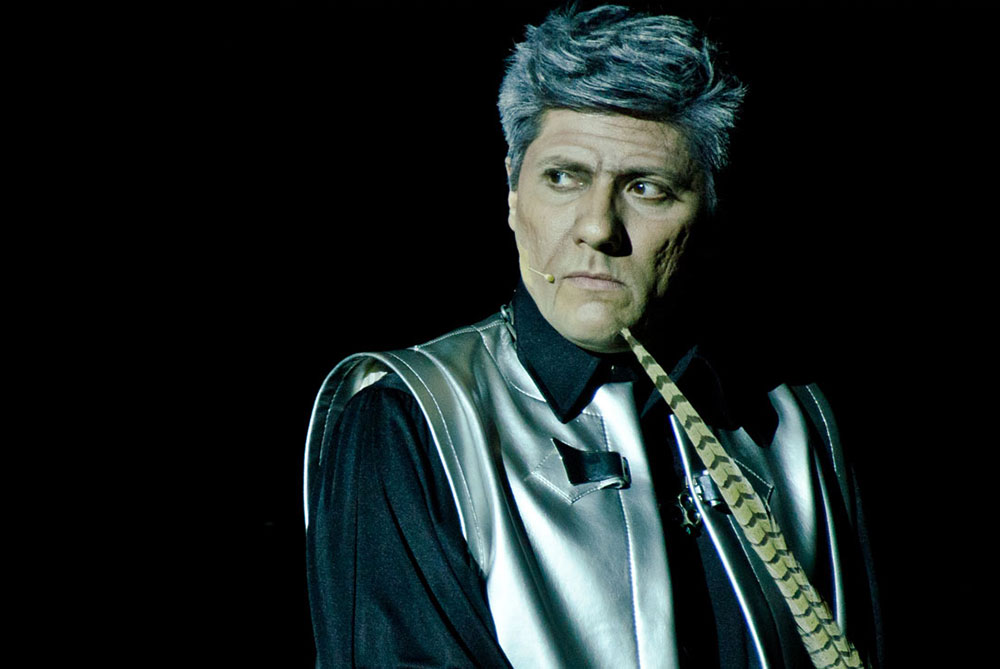 In 2013 Cardin wanted to become the producer of "Hamlet Dramma Musicale". Daniel Martini was the author, performer, director and co-producer of the musical. The show debuted in Stia (Arezzo) and goes on tour in Paris, receiving critical positive music from the French press. 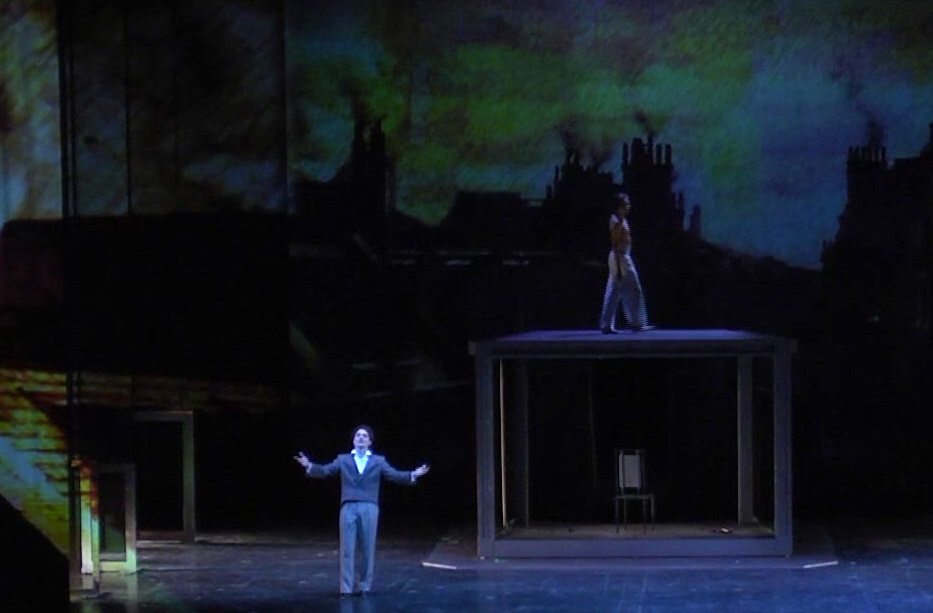 In 2016 Daniele Martini is back once again in partnership with Pierre Cardin for his latest creation, with the Teatro Musicale: "Dorian Gray, the beauty has no pity" that will debut at the Gran Teatro La Fenice in Venice on 6 and 7 August 2016. 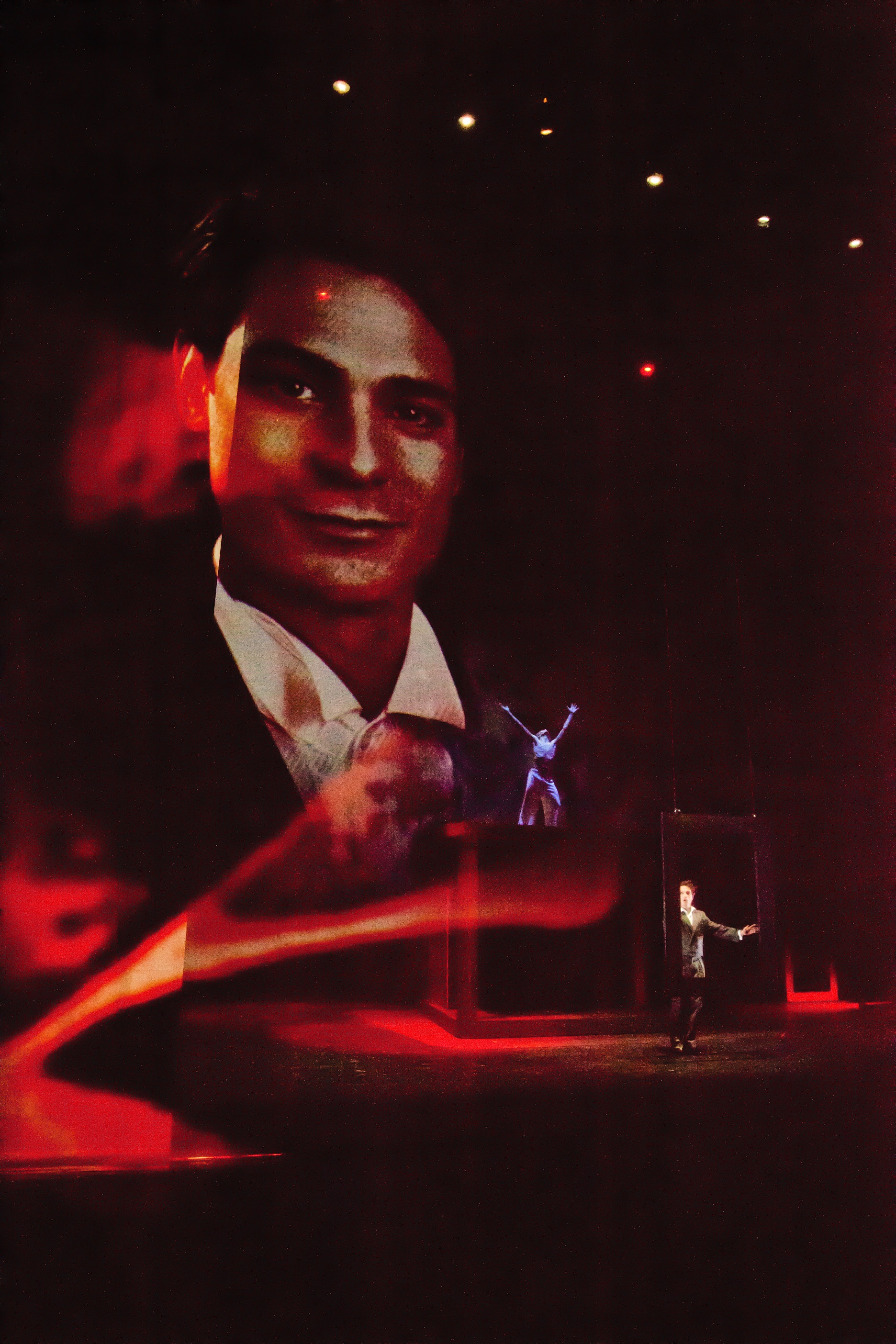 Beauty has no mercy 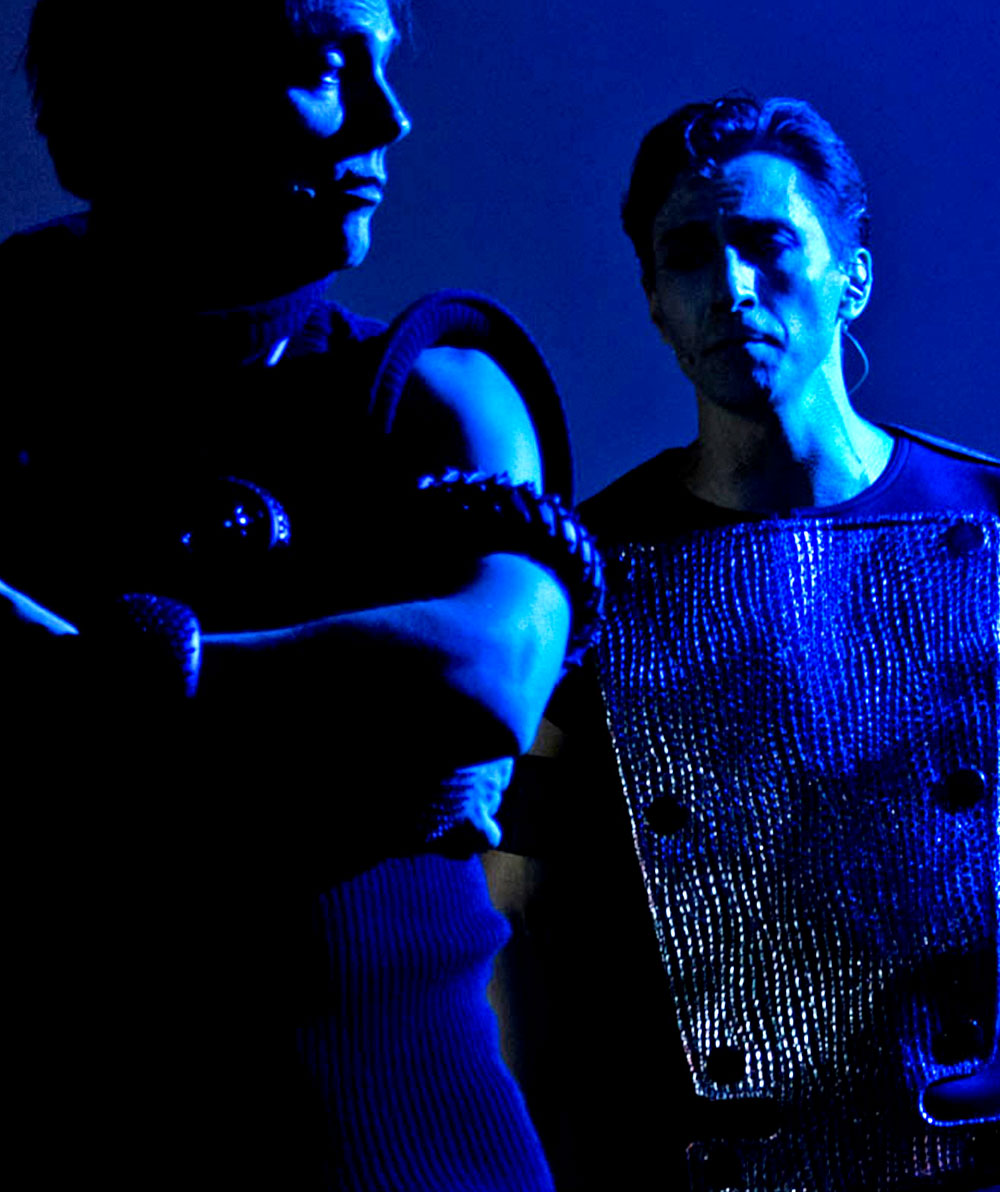 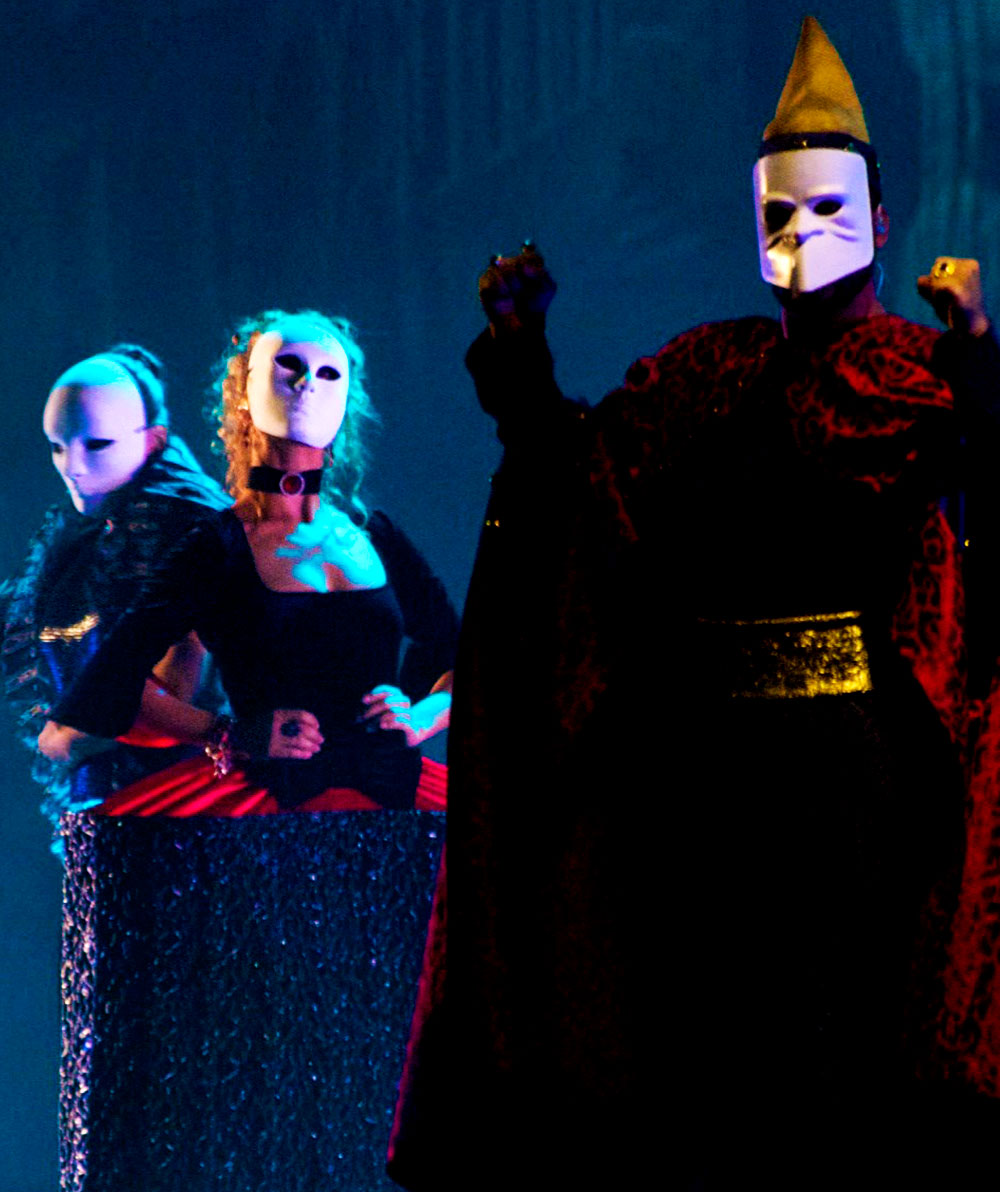 Loves and Deceptions in Venice

Double presence at the Gran Teatro La Fenice in Venice for the author Daniele Martini that after the great success of Dorian Gray the beauty has no mercy, he will sign the music, just the music this time, of the French opera Rimbaud Verlaine produced by Pierre Cardin about the intriguing story of the two cursed […]

Even the most read national newspaper in the Veneto, the Gazzettino (www.ilgazzettino.it) interviews the author Daniele Martini who concludes with great success at the Grand Theater La Fenice in Venice the Italian tour of his show Dorian Gray the beauty has no mercy preduced by the great Pierre Cardin. 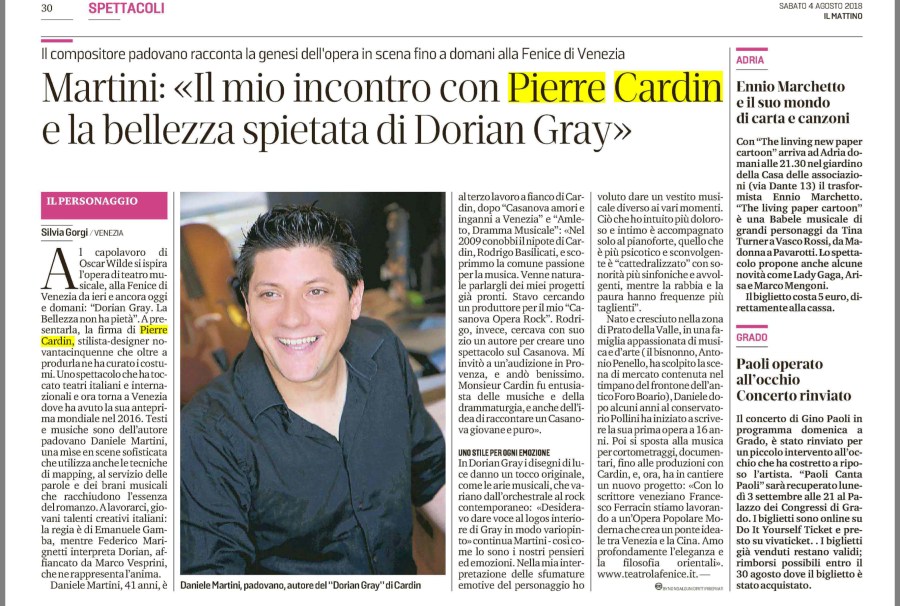 Interview to Martini by Il MATTINO, la TRIBUNA, La Nuove Venezia… the most important network of newspaper in Veneto Region

Veneto gives voice to its talent. One of the main newspapers network in the region publishes the interview of Silvia Gorgi to the author Daniele Martini on the occasion of the dates at the Fenice of his show Dorian Gray the beauty has no mercy.